We first got serious about heirloom corn working with our distillation partner in York, ME.

After spending a few years sending them conventional yellow dent corn, we started talking about doing something different, and we were intrigued by the idea of heirloom corn.    Especially those varieties that would have been grown in our area of Ohio when our school house was in use from 1862 – 1939.

We started to dig into the research, and found that people we knew around the country were making not only spirits, but delicious cornmeal, popcorn, and grits from heirloom varieties. 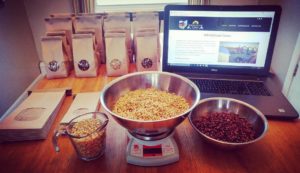 Corn isn’t just for eating fresh or as popcorn. There’s also the many uses of cornmeal, corn chips and tortillas, corn grits, and a particular favorite of mine, cornbread. Our Ohio Blue variety — my personal favorite —  makes the most incredible and flavorful cornbread (and yes, it’s blue, rather than your traditional yellow). 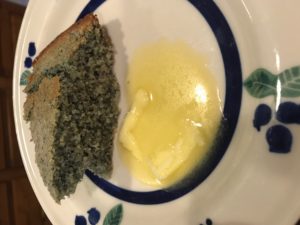 Cornmeal and popcorn alike from heirloom varieties have unique flavor profiles. For the same reasons that people like to visit wineries and do beer tastings, different heirloom corn varieties (there are as many as 12,000 according to experts) are distinct, not only based on the variety itself, but based on the soil, weather, and so many other factors. In the US, we’ve taken much of the art out of growing corn. At Schoolhouse, we’re working our way back. 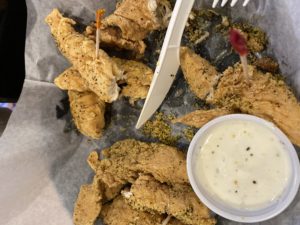 But it’s more than just flavor that we care about. I sent out GMO corn, non-GMO corn, and all my different heirloom varieties to get tested for fats, carbs, protein, and different vitamins and minerals. What we found? Compared to common commodity varieties, the heirlooms actually have nutritional value beyond just carbs (if you’re making ethanol or feed animals, carbs are what’s needed, and everything else doesn’t really matter, so that makes sense). Heirlooms have more protein and fiber, along with essential minerals.

How do we know? We did the science of course. Here’s the results we got from an independent lab study of GMO corn varieties as compared to three of our heirlooms (Ohio Blue, Bloody Butcher, and Bloody Butcher Ruby are ours!).

Heirlooms to Look Out For:

Loyal enough to stand up to your strongest toppings and flavorings. Pops an off white with a dark blue speckled finish and a slightly sweet flavor.

Eli’s Favorite! – this is an open pollinated heirloom corn that is replanted from carefully selected seeds from the last years crop. It is very small, quite tender, nearly hull-less and will melt in your mouth. You’ll get addicted, it’s so good.

One of the most beautiful corn you will ever lay your eyes on.  Limited supply in 2020 as we grow for further planting populations in 2021. 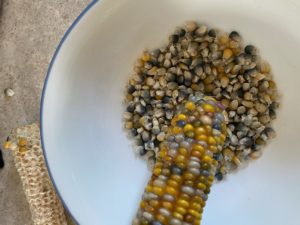 A hybrid in the white popcorn family – it pops an absolutely brilliant white with a dark cherry wood center. Just the right amount of crunchiness – perfect for a late night snack.

Popcorn Hulls in Your Teeth? We’re working on that.

As we’re eating popcorn and snacks, one of the things we can’t stand is get popcorn hulls stuck in our teeth. One valuable lesson we’ve learned in avoiding that, we can actually breed popcorn varieties to reduce the size of the hull in the final product making them way less likely to be orally bothersome. That’s one of the things people love about our Mini Canary variety, but we are actively working on making all of our popping varieties more snackable, and being both the farmers and the food people, we’re able to do it.

There’s also nothing better than popping your own popcorn. I realize in this day and age, an instantaneous snack that’s easy to throw in the microwave or buy already popped is tempting. But the experience of eating warm, fresh popcorn right off the stove top is just something else. It’s worth taking the time to do it. (Plus, if you actually read the label on that stuff in your microwave popcorn, you’d never cook it again. It’s terrible. When you look at all the gelatinous mass that’s in there. You don’t want that in your body.)

Perfect popcorn toppings in my book? Sunflower oil and sea salt. That’s it. 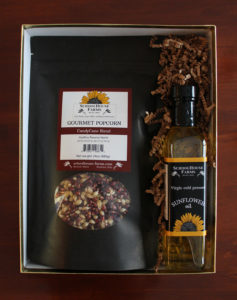 Behind the Scenes: Transitioning to Heirloom

One of the big barriers to trying new things, especially as a grain grower, is that we already own expensive equipment that we use to plant, care for, or harvest corn. For many, the costs sunk into that equipment makes them feel like they can’t adapt or evolve, that they have to keep doing what they’ve always done. But we knew that we didn’t have to let our sunk costs hold us back.

We’re able to grow and harvest our heirloom corn varieties with the same equipment and materials we use to grow the kind of hybrid corn that’s common throughout the Midwest. The only thing we really needed was a color sorter; a machine that can “see” each kernel of corn and sort it by its respective variety so that we can market all the varieties separately.  We designed our cleaning and sorting layout ourselves so we can go from the field harvesting to a bag of popcorn quickly and efficiently.

Solving the management puzzles of growing several varieties of heirloom corn, that have to be physically separated in the field (not to mention rotated year to year), and then harvesting, separating, storing, and marketing them has been fascinating work.

When you pass a field of commodity corn, each plant will be a near perfect twin to its neighbor, tall, straight, and without a root or leaf out of line in its satellite perfect row.

Heirloom corn is not like that. It’s squirrelly and unpredictable. It’s messy and unruly. Each variety has its own look and feel, it’s own temperament and preferences. Each plant, let alone each variety, is alive in its diversity from those around it. Some varieties have short, stubby stalks, some are giant, 14 foot tall monsters. From plant to plant, the cobs may look similar from the outside, but peel back the leaves and you’ll be treated to an explosion of color. Blues, blacks, reds, even emerald greens. Some of the cobs are uniformly colored, others look like confetti. Some kernels are uniform, some are shaded like sunsets or swirled like candy canes. 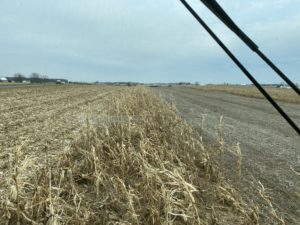 There’s a childlike joy to prying back those leaves and catching a glimpse of the cob, and as a farmer, it’s such a rich experience. There’s a great quote from the botanist Garrison Wilkes, “When you’re working with a wheat plant, who cares? But when you’re dealing with a corn plant, it’s different. It’s of human height, and you look it in the eye. It’s one on one.” I think that quote captures why growing corn can get under a farmer’s skin, but I think growing heirloom varieties takes it to another level. Our fields aren’t full of an army of clones, they’re bursting with colorful individuals, each one unique.

Some of the corn varieties we’re planting now were being planted around the time that the Schoolhouse here was in use (it was built in 1862), and that’s special to us as well. My love of history was definitely a factor in my search for varieties that were not only delicious and beautiful, but that are a historic fit for our geography.

But the corn connections with SchoolHouse don’t stop there. Archaeological data indicates that ancient farmers in present-day Mexico began cultivating maize (corn) about 10,000 years ago, coincidentally about the same age as the oldest tools in the SchoolHouse Farms archeological collection. 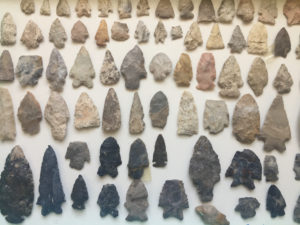 When we first started growing heirloom varieties, we had to buy seed. It was extremely expensive, but a worthwhile investment. We spent our first year growing enough seed corn to be able to plant a reasonable amount the second year. Today, our seed cost every year is zero. We don’t have to buy our varieties from an outside source, and every year, every generation, our seeds become a little hardier and a little better adapted to our unique Ohio climate and soils. 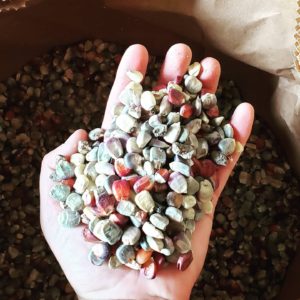 Having a seed bank, and the ability to sort seeds by both size and color, also means I can guide varieties towards specific goals. For example, I can select each year the very richest red seeds for our next generation of Bloody Butcher (a favorite among Bourbon and specialty distillers), or I can ensure that our tiny Mini Canary kernels stay that just-right size for little fingers. For most farmers I know, the art of keeping a seed bank and actively participating year in and year out in plant breeding is not a common practice. But at SchoolHouse, it allows us to offer truly unique and delicious products, because we own the process from seed to snack.

Growing popcorn and heirloom corn in general is both a labor of love for us and the realization of a dream. Growing up, every weekend we’d go to my grandparents house, and every Sunday night, they’d had popcorn on the stove.

My Dad in particular loves popcorn, he always wanted to be in the popcorn growing business. Before we started our own brand, we were selling popcorn to a wholesaler, but it was Dad’s dream to sell it straight from the farm. 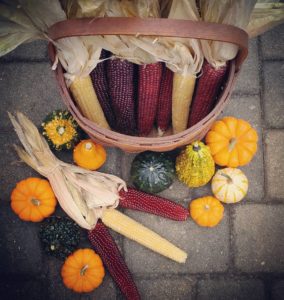 At first, it was a pretty tough slog really, that’s a lot of competition out there. We started with five different varieties, and we had lots of issues at the beginning. But since then, we’ve found success, and we’ve fallen in love with the work.

The latest chapter in our corn-story? Beth finally ordered us a fancy popcorn popper, a nice one on wheels where the popped kernels blast out of the top like at the movies. We have a lot more fun doing quality control testing on the farm now, and we eat a lot more of our own popcorn, popped in sunflower oil (of course).